A Comparative Explanation Are grains vegetables? You might be looking for a yes or no answer here, but that’s not basically the way it works for this question. There are a couple of points to … 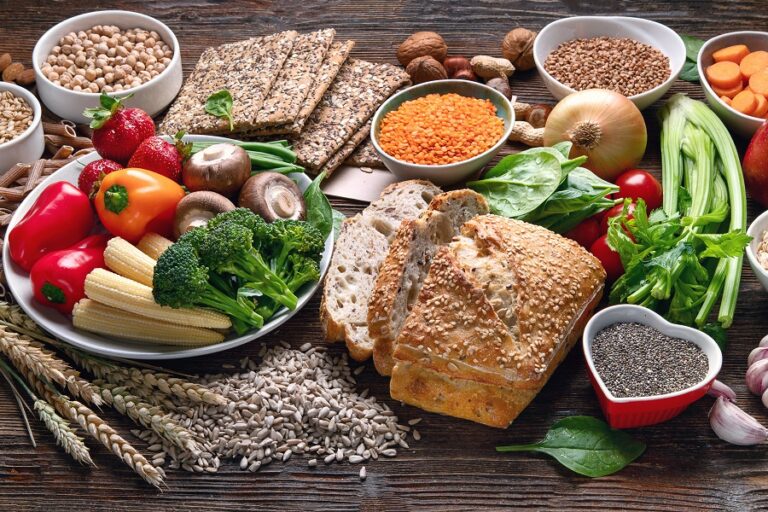 Are grains vegetables? You might be looking for a yes or no answer here, but that’s not basically the way it works for this question. There are a couple of points to consider to resolve what has been quite a vague concept for many—a grain can be a vegetable in its botanical sense, otherwise, it’s neither a vegetable nor a part of any vegetable food group.

If this subject interests you, you’ll surely need this article to help you know if grains are considered vegetables and if they aren’t, what’s the difference between these two? Read further below to learn what they have in common and how they differ from each other.

Getting to Know Grains and Vegetables

Getting to Know Grains and Vegetables

Both grains and vegetables come from plants—that’s certainly what they have in common, but they are different when it comes to their genetic classification as each of them comes from certain portions of the plant they are part of. Let’s get to know more about how they relate to each other and how they differ, by defining these two food groups separately:

What is a grain?

Grains are the edible seeds of a plant, specifically, seeds from the grass family. Grains are eaten as seeds and are mostly used as ingredients such as flour, pasta, noodles, etc. Grains are known for their versatility including their ability to be used in making beer, bread, cakes, and the like.

What is a vegetable?

Vegetables have no exact definition although they encompass a broader range of scope. A vegetable can come from any part of various types of plants that are consumed as food both by humans and animals. That’s why grains can also be classified as vegetables from a botanical point of view.

The answer can either be: yes they can be, and no, they aren’t.

Grains and vegetables are the same, from a botanical perspective but on a genetic sense and culinary level, they are different. Grains are seeds from grass (and from that type alone) while vegetables can come from any edible parts of a plant (various types of plants).

A grain is said to be a part of vegetables, from a botanical perspective because, in the structure of grain, the pericarp containing the edible flesh is fused to the outer coating. Because of that fact as well, grains are also classified as a caryopsis.

Grains are crops harvested for their seeds. They are seeds coming from the Poaceae family, or simply—grass.

While vegetables are any edible part of an herbaceous plant. They are grouped according to which part of the plant is edible, namely: green leafy vegetables, cruciferous, marrow, root, stalks and allium.

In this note, there is a part of how grains are formed that can make it to the vegetable classification but in totality, a vegetable pertains to the edible part of a plant including the leaves, roots, stems, flowers, etc. If you notice, seeds and fruits are not included, hence, all the parts other than those, are referred to as what their name implies (the seeds and the fruits).

Grains are mostly consumed as cereals and can be served as a main course, such as rice—a source of carbohydrates, fiber and proteins in a balanced diet. Cereal grains are commonly eaten as breakfast and are oftentimes used as ingredients on pastries such as whole grain bread, wheat bread, cakes, cookies, etc.

While vegetables are mostly eaten as side dishes to rice, or any rice-like alternatives. Vegetables can be eaten cooked or raw and can come as fresh, frozen, canned, or dried. They can also be served as main dishes such as vegetable salads and can be cooked in hundreds of ways along with meat, seafood and other plant-based proteins such as tofu.

In a nutshell, grains and vegetables have similarities and differences when it comes to culinary functions. They both can go as a main course or side dishes and be prepared together in a single recipe. They are different somehow in the way they are mostly cooked and prepared as they both have different tastes and textures.

Grains are known for their high content of fiber, and protein and are rich in B vitamins and minerals like magnesium and phenolic acids which help in preventing diabetes and aid in lowering cholesterol levels. There are two types of grains: refined and whole grains. Whole grains are healthier than refined ones as they are less processed hence all the essential grain parts and nutrients are still intact.

People who consume more fruits and vegetables as part of their diet will mostly have a lower chance of developing various chronic diseases. Vegetables are great sources of many nutrients such as potassium, dietary fiber, folate, Vitamin A and Vitamin C. The different vegetable groups listed above, provide different essential nutrients that our body needs hence, consuming vegetables under these groups alternately is a great idea for a balanced diet.

Are grains considered vegetables? Yes they can be, but predominantly, grains are not really vegetables. If you look into their definition, vegetables are any part of a plant that is edible including its leaves, roots, stems, and flowers—other parts besides these, are not considered vegetables. Rather, they are referred to as what their names say– fruits are fruits, seeds are seeds or grains.

The bottom line is that grains and vegetables are both nutritious and play a great role in achieving a healthy and balanced diet. They both are essential to the overall wellness of our health. Just a thing that can make a difference: grains are said to be more starchy than vegetables. You might want to reconsider a more significant intake of vegetables than grains, or vice-versa on some days.

Wheat vs Buckwheat What’s The Difference?