Gain the Grain: Barley vs Oats – All You Need to Know

Difference Between Oat and Barley Grains are one of the healthiest and easiest to find if you opt for a healthier menu on your table daily. You might have read or scanned through several features … 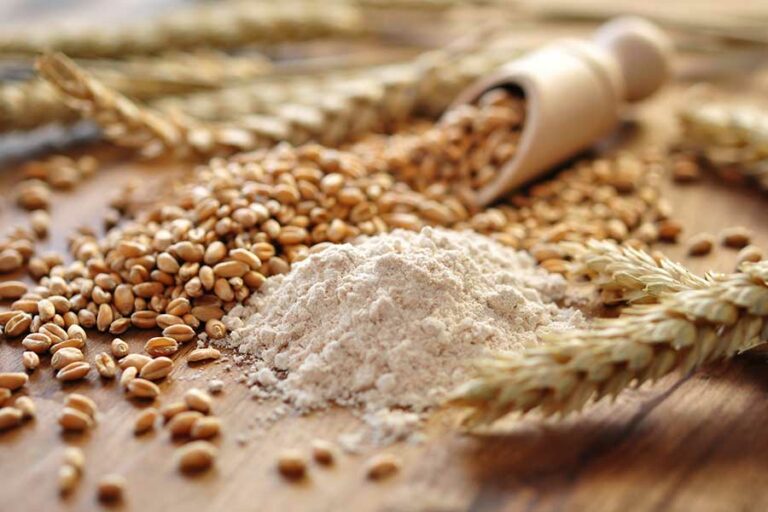 Difference Between Oat and Barley

Grains are one of the healthiest and easiest to find if you opt for a healthier menu on your table daily. You might have read or scanned through several features on the differences between oats and barley, but the bottom line of them all is that both of them are surely beneficial but your choice must depend on your specific needs and purpose.

If you’re stuck in choosing between oats & barleys, (well, at least you have two good choices), this article will enlighten you on which of the two will best fit your needs. I have spent a handful of time doing R and Ds and gathered their all-you-need-to-know facts and differences, for you.

Let’s get the ball rolling by looking at each grain’s definition, types and benefits.

What Else You’ll See?

Barley is a cereal grain that belongs to the grass family Poaceae and is one of the very first crops to be cultivated. This is an ancient grain, known to be among the world’s single most important sources of food. An interesting fact about barley is that you can make beer out of it. True enough, barley is used to make bread, beverages, stews, and other dishes.

There is a variety of processed barley available in the market, ready-to-use, and comes in complete packaging. You can try: Bob’s Red Mill Pearl Barley, 30-ounce

Whole grain barley is a great source of fiber, and protein and is rich in B vitamins and minerals like magnesium and phenolic acids which help in preventing diabetes and aids in lowering cholesterol levels. Research-based findings show that barley contains a soluble fiber called beta-glucan that helps in reducing cholesterol and also the reason why diabetics would opt for barley as the soluble fiber aids in controlling blood sugar levels. If you’re into a fiber-rich, antioxidant kind of diet, Barley is the best option for you as it is loaded with antioxidants called lignans which naturally slow down appetite and give your gut bacteria something to feed on.

Oats are a whole grain cereal grown for its seed mainly found in North America and Europe. Oats are completely whole grain—that means they contain all the simple, wholesome nutrition of the whole oat groat, with nothing added and nothing removed. They are commonly eaten as porridge and used as an ingredient in breakfast cereals and pastries or baked goods such as cookies, oat bread and cakes.

Oats often come in the form of oatmeal or rolled oats which are high in fiber and provide B vitamins, vitamin E, minerals, healthy fats and antioxidants. Oats are a flexible kind of grain that you can mix and match with other kinds of food like fruits and can also be used to invent new meals including pastries, savory side dishes and other kinds of desserts.

Oats most often top the list of food choices for consumers who wish for a healthier diet. Apart from it being easy to prepare, it contains fiber, especially beta-glucan, and is high in vitamins, minerals, and antioxidants. Oats, just like barley, are carrying the soluble fiber, beta-glucan which helps in reducing the risks of heart diseases.

A study from the American Journal of Lifestyle Medicine in 2008, concluded that eating whole-oat sources of fiber may help in reducing the risk of coronary heart disease. The same was also found by the researchers in Britain and the Netherlands who mentioned that consuming a high amount of cereal fiber and whole grains was associated with a reduced risk of colorectal cancer.

Another important health benefit of oats worth taking note of is that it plays a role in your digestion and general metabolic health. As they are high in fiber, they can help reduce constipation and keep the gastrointestinal tract in place. It is said to improve satiety (the feeling of fullness) thus reducing hunger and leading to a lesser desire for food intake.

By definition, content and kind, barley and oat are almost identical but their key difference is the way they are grown: barley is a primary crop grown as a cereal grass as opposed to oats, which is a secondary crop formed from a weed of major cereal grasses like wheat and barley.

They are both cereal grains high in fiber and protein but differ in some nutrient contents and the way they are eaten or cooked. Both of these grains are good for human consumption and are used as livestock feeds.

Below is a comparative table on the differences between barley and oat so you can choose which one should go with your diet and meal plans or for whatever reason you have:

A Comparative Chart on the Differences Between Barley and Oat

While it may sound challenging to differentiate these two grains, it is important to note that—both barley and oat belong to a healthy type of crop that offers a significant number of nutrients required by our body. Both are considered superfoods that are great options to include in a healthy diet and meal plans, especially for those that are recovering or currently having serious conditions.

Don’t put all your effort to waste—choose the type of food that will best complement what you specifically need. Whichever you choose, it’ll still be a win-win situation: choose natural, it’s always the best remedy after all.

A Healthier Slice of Life: A Simple Multigrain Bread Recipe