We often turn to these starchy foods in the pursuit of new taste profiles when we are cooking, with the intention of substituting pasta or potatoes. But are you familiar with the distinctions that exist … 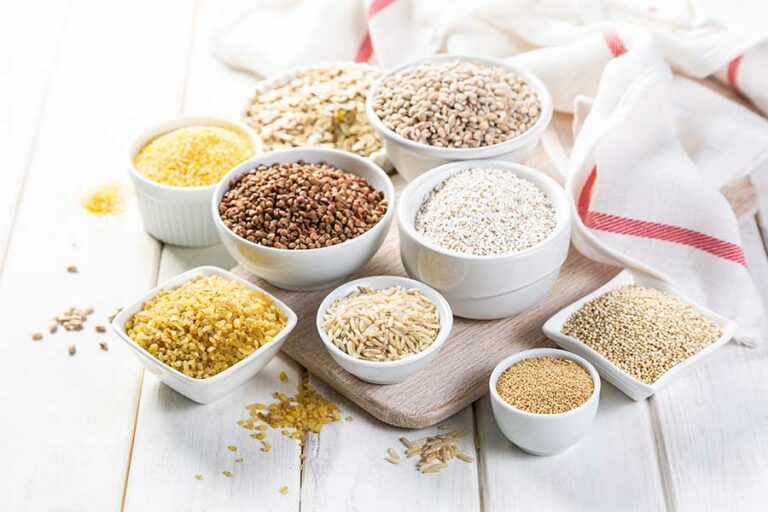 We often turn to these starchy foods in the pursuit of new taste profiles when we are cooking, with the intention of substituting pasta or potatoes. But are you familiar with the distinctions that exist between bulgur and quinoa?

Because it is difficult to explain the distinction between these two starchy meals in only a few phrases, we strongly suggest that you continue reading the text to learn all there is to know about them.

What’s the Difference between Bulgur vs Quinoa?

The primary distinction between bulgur and quinoa is that bulgur is derived from wheat and is sold already cooked, while quinoa comes from the seed of a different plant. Although they seem to be the same, the health advantages associated with each are distinct. For instance, quinoa does not contain gluten.

Quinoa is without a doubt deserving of its reputation as one of the best grains to choose if you are making an effort to consume a diet that is lower in fat and higher in protein. This is in part due to the grain’s low-fat level. Even though it is a common ingredient in Middle Eastern cooking, bulgur, on the other hand, has only just begun to make a name for itself in the world of healthy eating.

Bulgur is a typical item that can be found in most Middle Eastern households. It is used in a wide variety of dishes, ranging from loaves of bread and stews to sides and salads, such as tabbouleh, where its nutty taste works well with the rest of the tabbouleh’s fresh elements.

Quinoa, which is sometimes misclassified as a grain, is really a seed that comes from the Chenopodium quinoa plant species. However, it is commonly referred to as a grain. Even while white quinoa is the kind that can be seen on the shelves of grocery stores most often, other hues of quinoa, like red and black, are also available to purchase.

Elements such as calcium, magnesium, and phosphorus are abundant in quinoa, making it a nutritional powerhouse. Potassium, an essential element for a healthy heart and strong muscles, is also abundant in it, as noted by MedlinePlus. Carotene and vitamin E, as well as folate, are all present in cooked quinoa. These vitamins, according to the CDC, are necessary for the body to develop new hair and skin cells.

Tocopherol, niacin, and thiamin are all found in small levels in cooked quinoa, making it an excellent source of these nutrients as well as all of the key amino acids your body needs to operate effectively.

As a pre-cooked and dried whole grain originally formed from wheat, bulgur may be simply combined with chickpeas and other pulses to make a vegetarian dish rich in protein.

Additionally, bulgur contains a variety of vitamins and minerals like thiamin and riboflavin, and vitamin B6. Manganese, a mineral that protects against osteoporosis and osteoarthritis, is abundant in bulgur.

You get 48% of your daily value from one cup of bulgur. Bulgur has a wide range of minerals and vitamins, however, they are all present in trace levels. As a result, unless you eat a lot of bulgur, it won’t have an impact on your daily nutrient consumption.

Bulgur, on the other hand, has a slew of health advantages. When compared to quinoa, cooked bulgur has a lower calorie count. Bulgur is higher in dietary fiber than quinoa and lowers in fat than both. It also contains trace levels of vitamins and minerals. Grain consumption may help individuals control their digestive systems and boost their satiety levels.

In a Nutshell, Which is Better?

While bulgur contains more protein than most other grains, quinoa has a complete protein, which is an important thing to keep in mind. Bulgur, on the other hand, is generally accompanied by protein, making it an excellent option. An advocate for healthy living should look at the bigger picture, not just on the little details. Counting every gram of protein may be necessary if you suffer from kidney or liver disease, for example.

Price is an important consideration as well. But mostly, it is best to remember that maintaining good health shouldn’t be difficult. Healthiness is more than just eating the right foods. You don’t need to travel to a certain shop to buy specific things!

Cracked Wheat Cereal: What’s In It and How to Make It