How they Compare and How They Differ You probably know by now how nutritious grains are and why they should be a staple in everyone’s diet. As there are too many of them, you may … 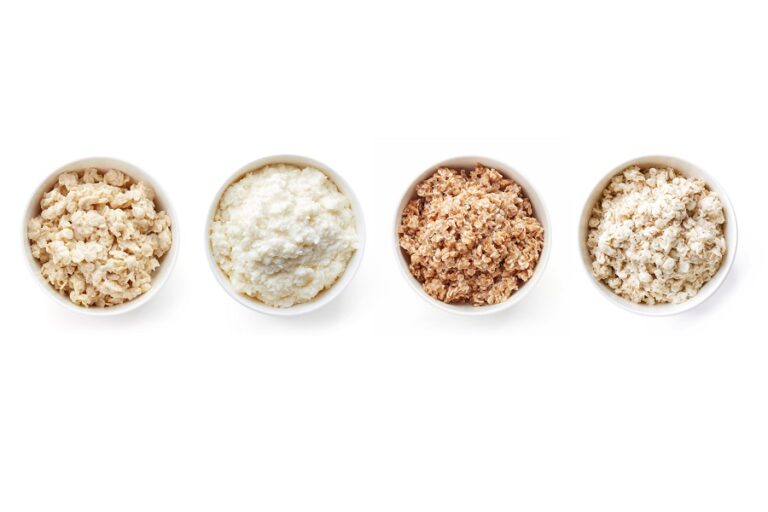 How they Compare and How They Differ

You probably know by now how nutritious grains are and why they should be a staple in everyone’s diet. As there are too many of them, you may also wonder how else we could eat them or what other grain products we can alternately incorporate into our meals. You might want to consider grits and oatmeal as your grain options on random days.

Grits and oatmeal are two of the most popular grain products we can include in our meals as our sources of fiber and protein. The difference between grits vs oatmeal is an interesting yet a broad concept to talk about but in this article, you will know what they are, and their complete comparison and we’ll be able to answer the question, which is healthier grits or oatmeal?

Getting to Know Grits and Oatmeal

To make it simple: grits and oatmeal are both a type of porridge. It may be tough to differentiate grits vs oatmeal by appearance especially when they are cooked. But it will be easier to distinguish them once you know everything about each of these grain products through the details below.

Grits are tiny pieces of ground-dried corn kernels (called hominy) made into porridge. Don’t get confused between hominy and grits—hominy is the raw whole grain form of corn and when cooked into porridge, it is called the grits. Grits are made by soaking corn kernels, in an alkali solution and removing the hulls of the corn kernel. They come as regular or instant-type grits which are usually eaten plain as breakfast.

Oatmeal is a porridge made of oats. It is made by boiling oats with milk or water with a thick and creamy consistency and can also taste savory but is mostly eaten sweetened with honey or sugar. Oatmeal is also commonly eaten as a breakfast meal, just like grits.

What’s The Difference Between Grits vs Oatmeal?

The difference between grits vs oatmeal is that grits are from corn while oatmeal is from oats.

Grits are from dried corn kernels with their hull and germ removed. While oatmeal on the other hand is made by hulling and steaming whole oat grains which are chopped or rolled and cooked in hot water to form porridge. More differences between these two are discussed below.

Grits when raw or hominy grits are rough, slightly sharp tidbits because they are from dried corn kernels. When cooked, they are soft, creamy and have a thick consistency and are starchy, but they are smoother than oatmeal.

Oatmeal or raw oats vary in appearance but generally, they are flat, irregularly round, slightly textured tiny discs, specifically rolled oats. When cooked, they also are thick, and creamy, with an earthy taste but are mostly eaten as a sweet porridge with sugar or honey added to it most of the time.

Grits are particularly common in the Southern region of the United States, where it has been part of Native American culture for centuries and is even the official prepared food of Georgia.

Oatmeal or oats are believed to have originated in the Near East and then have reached across the middle eastern regions and Europe. Today, Russia and Canada are among the countries with the highest cultivation of oats.

Grits are mostly cooked by boiling the hominy and adding butter, and salt or to prepare it sweet by adding sugar and/or cheese to flavor grits. Being a staple food of the South, they usually prepare it with cheeses, spices, sauces, meats, and seafood.
Meanwhile, the common preparations of oatmeal include boiling it with water or milk and adding sugar or honey to make it sweeter. Instant oats in the grocery stores are already pre-packed with sugar most of the time. Oatmeal can also taste savory by boiling it in a chicken broth and adding salt & pepper for an extra taste.

Health Benefits of Grits vs Oatmeal

Grits and oatmeal are byproducts of whole and refined grains which confirm the fact that they contain a lot of vitamins and minerals that our body needs. We need to consume grains mainly because we need a significant amount of fiber. If you are wondering about the fiber in grits vs oatmeal, we’ll find out below along with other nutrients and health benefits of eating these types of porridge.

Both of these grains contain fiber but oatmeal specifically contains a soluble fiber called beta-glucan which assists in reducing the risks of heart diseases and decreases the risk of diabetes by managing the blood glucose levels. Fiber is more present in oatmeal with 10.1 g of fiber per 100 g of dry oatmeal while the same serving of uncooked grit can only give 1.6 g of fiber.

The fiber content in grits vs oatmeal makes both porridges a great choice to improve your digestive health including your bowel movement. Fiber helps you to avoid constipation and have a more regular stool.

Both foods contain fiber that improves satiety, thus reducing the chances of over-eating. Because oatmeal is higher in fiber than grits, I suggest you choose oatmeal if you also want to feel full faster and longer since oatmeal has a higher satiety index score than the other grains. B vitamins contained in oatmeal also support easier digestion, as experts say.

Both grits and oatmeal are naturally gluten-free but oats, especially instant oats sometimes contain or are in contact with gluten during preparation and transportation. You might want to take note of the label of your oats or grits if you have celiac disease or any gluten sensitivity.

Oatmeal contains 138 mg of magnesium while grits only contain 27 mg of magnesium per 100 grams. Magnesium helps control blood sugar, and blood pressure and keeps it stable and controlled. Oatmeal is a better option on this part as it also does not contain a significant amount of sugar hence, is a great choice for consumers who have diabetes and other blood sugar-related problems.

Both grits and oatmeal have calcium but oatmeal is richer in calcium than grits. Not only does calcium help to build and maintain strong bones, but it also supports nerve functions and assists in making muscles work properly. The magnesium and B-vitamins content of oatmeal as well support our body’s nerve tasks.

Which Is Healthier Grits or Oatmeal?

With the above bases, you should be able to answer this question by now. Oatmeal is way better than grits due to its higher percentage of fiber, protein and minerals. You may refer to the nutritional comparison between these two foods for a better view of their nutrient contents per equal serving.

Both are known as healthy alternatives to bread or white rice and are great options for breakfast. But you might want to be careful in preparing them as cooking those with excessive water can make your grits or oatmeal too thick and too creamy that won’t be appetizing to look at.

Another tip for cooking these two meals is to prepare them alternately every week. Eating them every day might get you too fed up and may taste gross as you eat them.

Wheat vs Buckwheat What’s The Difference?

Can You Eat Raw Oats?