Unlike the other types of grains, the difference between oats versus wheat can be easily recognized by appearance, taste & texture, or pretty much in everything. They just both come from a grass family and … 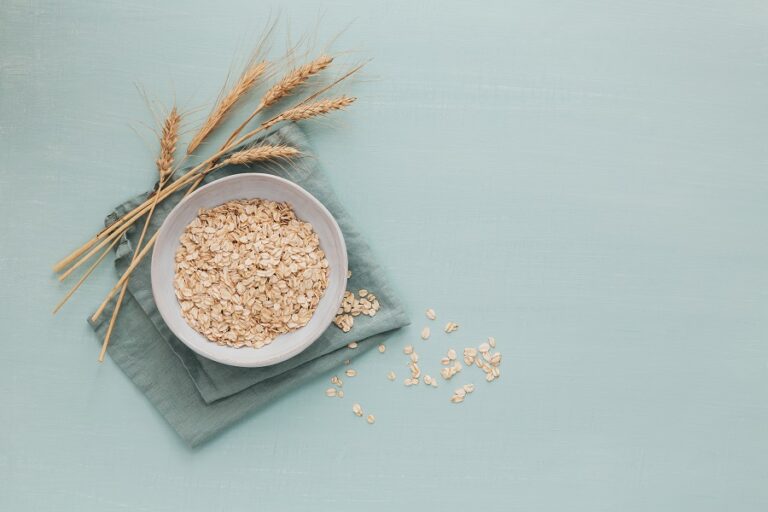 If you’d like to learn more, I have penned this article to share the similarities and differences between wheat and oats, their culinary uses and health benefits, and which one will best fit your nutrition needs.

Getting to Know Oats and Wheat

What’s The Difference Between Wheat versus Oats

Health Benefits of Oats versus Wheat

Getting to Know Oats and Wheat

Both oats and wheat are edible seeds from a plant—which makes them called grains. These two grain types are one of the most common grains used world wide; in fact, wheat reached the top three grains produced across the globe, while oats are known to be a staple part of a healthy diet. Let’s get to know them more by defining each grain:

Oats are whole-grain cereal grown for their seed. Being a whole grain type, they contain all the simple, wholesome nutrition of the whole oat groat, with nothing added and nothing removed. They are commonly eaten as porridge and used as an ingredient in breakfast cereals and pastries. There are four (4) types of oats and the most common ones are rolled and instant oats.

Wheat is a kind of grass whose fruit is a “head of wheat” with edible seeds. Wheat generally is considered a refined grain type unless it is labeled whole wheat or whole grain. It is commonly found in bread, cakes and pastries. Wheat is also used to produce beer. The most common type of wheat is durum wheat which is popular as being used to make semolina flour which yields couscous.

What’s The Difference Between Oats versus Wheat

The main difference between wheat versus oats is that oats are regularly eaten directly as oatmeal while wheat  is a raw product used to make flour and other ingredients in baking.Another thing is that oats are from a type of grass belonging to the Avena genus while wheat on the other hand belongs to the Tricum genus. Another physical feature that sets them apart is that oats are created with an open seed head while wheat is produced with a compact seed head. What more differences do these two grains possess? Find out below:

Oats with the scientific name Avena sativa are believed to have originated in the Near East and then have reached across the middle eastern regions and Europe. Today, Russia and Canada are among the countries with the highest cultivation of oats.

Wheat on the other hand has a botanical name Triticum. Wheat is said to have originated in the “cradle of civilization” in the Tigris and Euphrates river valleys, near what is now Iraq. The total global production of wheat has reached 720 million tons, recorded in 2020—with China being the largest producer of it followed by the USA, India and Russia.

Oats as plants have leaves that are twisted. The oat leaf has an anti-clockwise curl, unlike the other cereals with leaves that curl clockwise. As an edible grain, oats vary in appearance according to how they are processed. Rolled oats, for example, are flat, irregularly round, slightly textured tiny discs.

The plant where wheat comes from has leaves that are rolled in the whorl. It has a long and slender inflorescence and a somewhat flattened spike. As a cereal grain, it comes in different colors such as white, red-brown, or yellow. Wheat tastes nutty and sometimes has a gummy texture.

Culinary Uses of Oats and Wheat

This is where oats versus wheat have similarities and differences at the same time.

Oat as a product, can be consumed directly and is usually eaten as oatmeal or porridge and is also used to make pastries and produce oat milk.

Wheat is a raw ingredient, processed to make wheat flour which is most commonly used to make bread. Its type durum wheat is known for making semolina flour and producing couscous. Wheat is also a known ingredient to make malt and beverages like beer.

The similarity between these two grains is that both of them are used as ingredients to make baked goods such as bread, cake, cookies, etc.

Oats generally taste bland with some slight earthy notes and have a moist and crumbly texture. When cooked, they are soft, thick and creamy.

Wheat as a cereal grain comes in different colors such as white, red-brown, or yellow. Wheat tastes nutty and sometimes has a gummy texture.

Health Benefits of Oats versus Wheat

Oats are definitely a healthier option that should be part of your staple diet. Apart from it being easy to prepare, oats are rich in vitamins, minerals, and antioxidants. They are also carrying the soluble fiber, beta-glucan which helps in reducing the risks of heart diseases. Oats are high in protein and do not contain a significant amount of sugar hence, this is a great choice for consumers who have diabetes and other blood sugar-related problems.

Meanwhile, wheat is just as healthy as oats. Wheat contains a good quantity of carbs and has no cholesterol. It is also a good source of fiber—per 100g of wheat contains 12.7grams of dietary fiber. Wheat contains phytochemicals that act as antioxidants that help protect our bodies from free radical damage.

Oats vs Wheat – Which One Is A Healthier Cereal?

Oats contain more calories than wheat and also have more starch and protein although less in Selenium. Some oat types are gluten-free which is safe for those who have celiac disease while wheat contains gluten. Additionally, oats are richer in phosphorus, copper, magnesium, and vitamins B1, B2, B5, and folate. Comparatively, wheat is richer in fibers, zinc, selenium, iron, and vitamins B3 and B6.

While they are clearly different in so many ways, both of them are surely beneficial to our overall health, plus the fact that they help in reducing weight the more we eat them. These two types of grains are definitely winners when it comes to their culinary functions and health benefits most importantly.

Wonder Grain: How to Cook Quinoa and Ways to Make it Better