Which Lentils Have the Most Nutrients? While it is a fact that lentils are healthy and are a great plant-based source of protein, it is still important to know the exact type of lentils you … 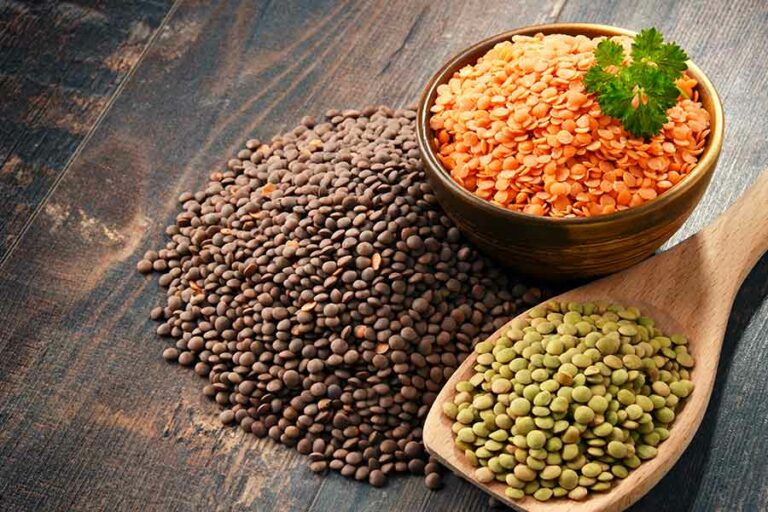 Which Lentils Have the Most Nutrients?

While it is a fact that lentils are healthy and are a great plant-based source of protein, it is still important to know the exact type of lentils you need to consume and how much of them is considered enough for a balanced diet.

If you’re looking for more vegan ingredients to go with your meal plans or to add to your dishes, lentils are a great choice as not only do they give extra layers of taste, but they also contain essential nutrients such as protein, fiber and potassium, to name a few.

This article is all about red and green lentils, their health benefits, and which of them is best for you. Delectable dishes made out of lentils are one of your takeaways from this article too!

Lentils, from its scientific name lens culinaris, are lens-shaped pulses that are harvested for their seeds. They are plant-based proteins and are similar to peas and beans that originated in Asia and northern Africa.

Lentils are also considered legumes and come in different types and colors such as red, brown, green and black and there’s also called puy lentils.

These lens-shaped seeds are a great source of protein—an essential nutrient for building muscle mass and are known as an energy source by the human body. If you’re into reducing weight, lentils are the best option too as they are also high in fiber that works well in your gut and bowel movement.

Their colors are obviously what make them distinguishable from each other but apart from this, the difference between them is in their tastes, texture and the way they are usually cooked. Green lentils are the young versions of brown lentils—they are essentially brown lentils that haven’t turned brown yet. Green lentils are flat and firm that taste peppery and stay in a firm texture after being cooked. While red lentils, on the other hand, are the husked and split kind of yellow lentils. They are the type that can be easily broken down into a mushy texture but they have a sweeter taste than the green ones.

Since both lentils belong to one leguminous family, it’s difficult to differentiate their nutrient contents, but as sure as night follows day—both are healthy sources of essential nutrients and minerals specifically: protein, fiber, potassium, folate, iron and more. The difference mainly is seen in how much of those nutrients are present on each type of lentils with equal serving, (which is presented in this article too).

Iron, magnesium, and antioxidants are all abundant in green lentils, which are also higher in calories than red ones. Red lentils according to the USDA contain 600 mg of potassium, 40 mg of calcium, 22g of protein, 10g of fiber, and 6 mg of iron in a half cup of its raw serving.

The peppery taste of green lentils is what makes it good for making salads and pilafs. They are the longest type to cook among all the varieties but hold their shape well even after cooking. They can also be an ingredient to create a veggie burger patty. Some recipes you can make from green lentils are crockpot lentil soup, green lentil salad, curried lentil salad, and more.

Similar to grains and other vegetable good groups, lentils are one of the most versatile natural food products you can use to rework dishes and cuisines more creatively and tastefully.

One good thing about lentils that make them stand out among others is that they can best replace meat as your energy source in your meals. If you want to cut back on your meat intake, lentils are a great alternative to serve as your protein source in your daily diet, plus, it is quicker to prepare than meat or other kinds of pulses or legumes.

Gain the Grain: Barley vs Oats – All You Need to Know